I was joking when I made that banner late 2016 after the Trump Election victory, but that’s exactly what we’ve gone and done:  go to Infinity & Beyond.

With how SPX came within 10 points of the JAN 26 ATH and we’ve been witness of the multiple new ATHS the NDX has placed throughout the year (RUT too, but not the DJAI), it offers a chance to give a view of how we had such a similar “to Infinity & Beyond” once before and how the dates and pattern all seem to be eerily similar.

I’ll try to point out the similarities between the MAR 24 dotCOM peak and the JAN 26Trump peak and how this similar move into where we are now as of AUG 8 are more similar than you may think.

the dotCOM boom and fade 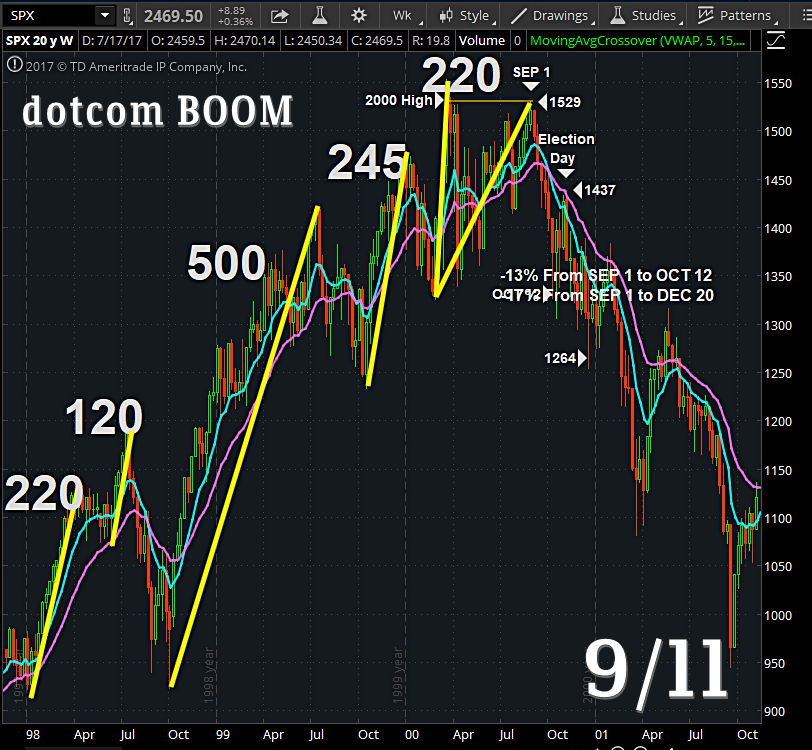 The main difference between now and the dotCOM peak reattempt is that 2000 was an Election year (W.) whereas this is a mid-election year with the House – Senate & Congress up for grabs in November. 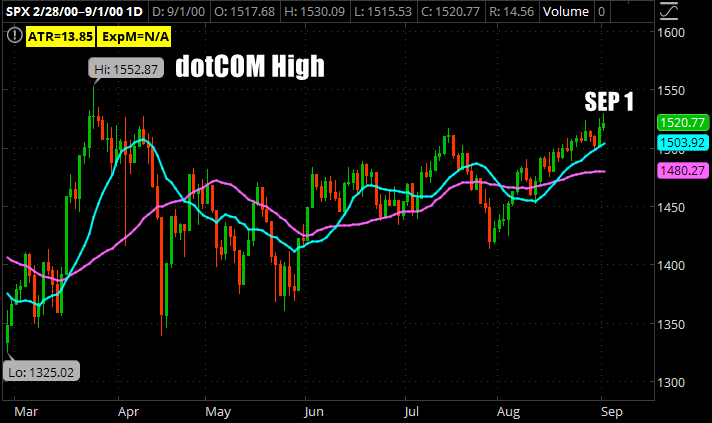 Taking Down The ATH: 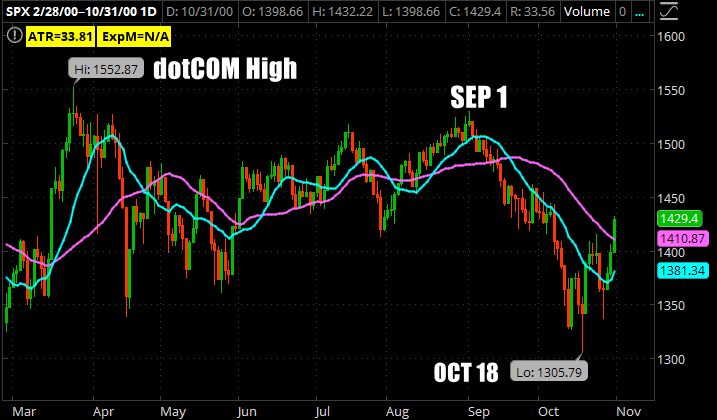 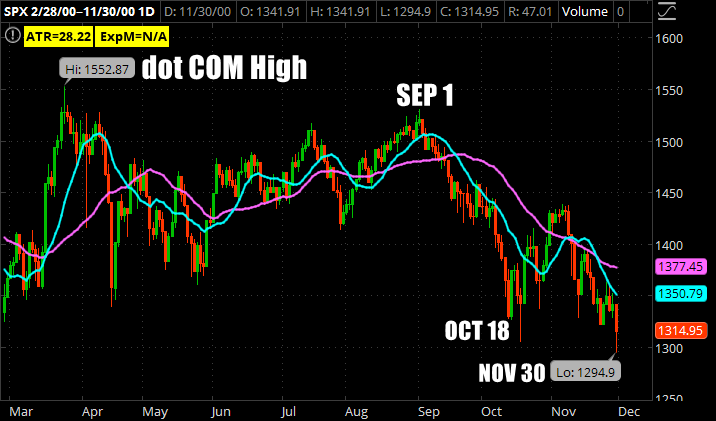 NOV slowly faded off that NOV 6 High and started breaking that -10% base formed back up there in APR – MAY to decline to the end the month with the lowest tick of the year:  -15.32% from the MAR 24 ATH. 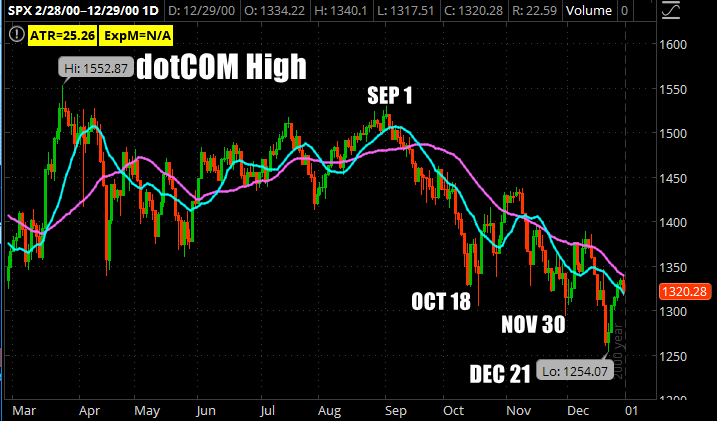 Santa didn’t bring sh!t as the highest point SPX reached in DEC was +50 points above the APR 14 CORRECTION BOTTOM making the highest close in December -11.12%from the MAR 24 ATH. 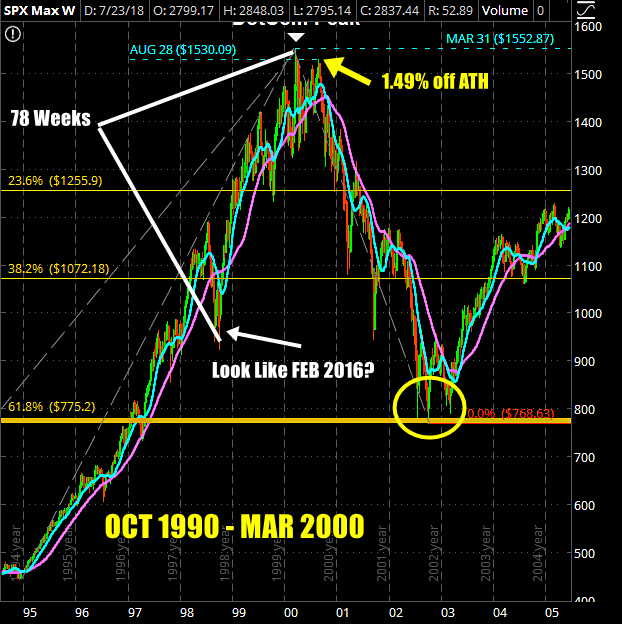 When we peaked into the Financial Crisis top in 2007, you wouldn’t believe it unless you saw it with you’re own two eyes: 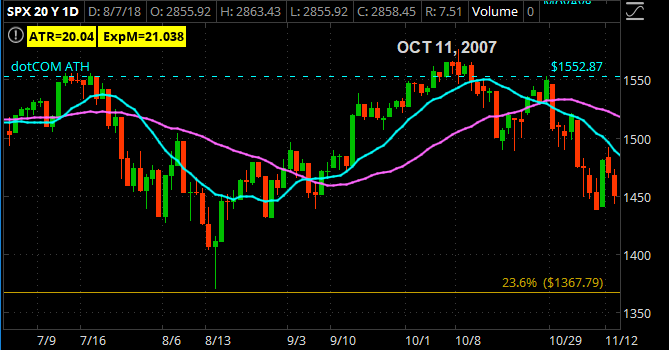 If that doesn’t align you yet, how about the financial crisis BOTTOM Mar 9, 2009

So, it’s a good story and one you’ll want to keep and teach your children as they grow up and eventually have robots programmed to trade on their behalf.

Does it mean anything at all?  We’ll have to wait and see, but it darn sure looks similar 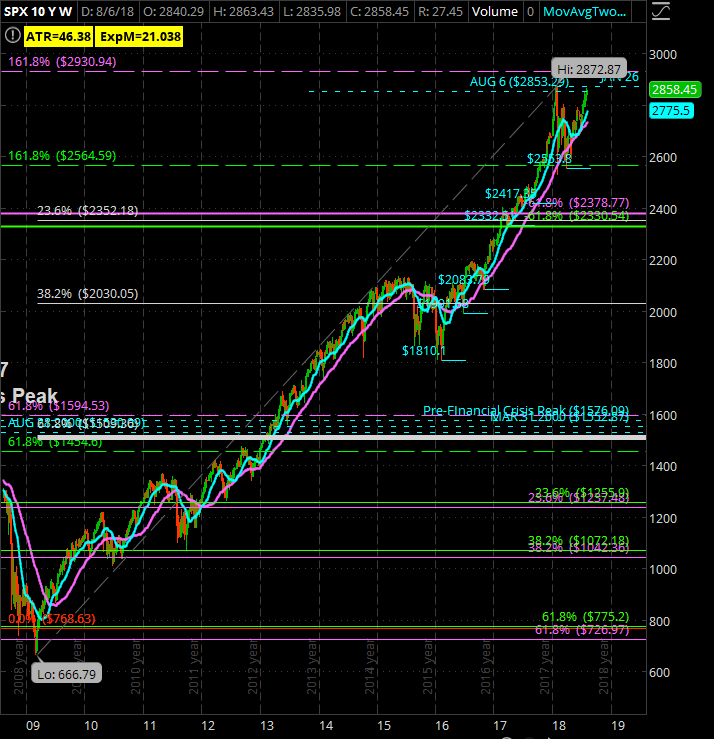