The rumbling, stumbling, bumbling of the markets continued through that possible algo joke of a DEC 21 LOW on Christmas Eve, but it did a few things which were very eye opening…

We went into Monday with “PLUNGE PROTECTION TEAM” trending on Twitter thanks to Treas Sec Mnuchin’s “Liquidity Call” over the weekend that went viral – literally Dingleberry, Dingleberry, DIngleberry Dropping all the way into the close for the very bottom of my adjusted final zone:  2352 from the original 2362.

That Mnuchin Effect delayed the typical DEC 24 start of the annual Santa Rally usually begins, letting the Satan Selling continue through some pivotal breaking points, but there might just be some strong possibilities for a Santa 2000 week ahead:

These play  a key role for the market algos (imho) as we had that 109 consecutive session streak without a -1% decline day (which we NAILED), and based within that 31 point range:  2353 – 2322 and could finally trigger the bounce which is overdue. 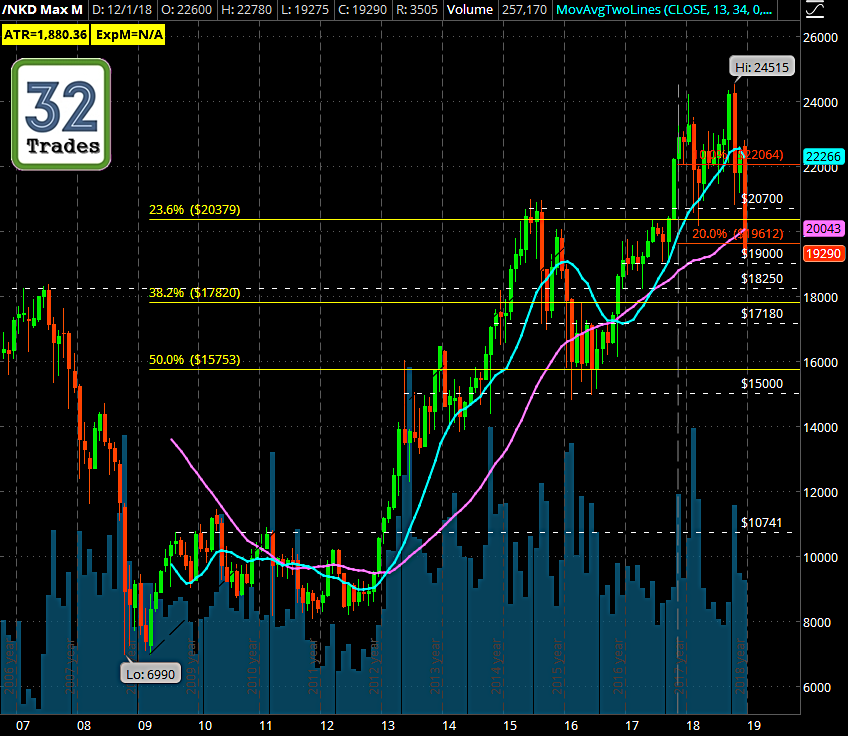 SPX closed below this Monday for the second time since the SEP 21 ATH with the first being OCT 11 (the anniversary of the 2002 BEAR MARKET LOW).  In the past 10 years, we’ve broken that 20% line 4 times:

Going from the oldest, the initial bounce in 2011 was worth +9.35% over a 5 session span before finally putting in the positive divergence on the Daily with the fractionally lower low 2 months later.  You gotta remember:  we were still below the DOTcom (1552) – 2007 (1576)  ALL TIME HIGHS DOUBLE TOP

AUG 24-24 “Lucy Passport” crash was a 6 session, -11.24% drop which many attribute to the illuminati secret code within the passport shown on screen in the movie “Lucy” which featured Scarlett Johanson and Morgan Freeman (lines right up with the same Matrix Neo passport Illuminati conspiracy).  A 3 session, +6.77% rebound for a 50.0 retrace of the drop resulted, but wouldn’t clean up until a HIGHER HIGH and then DOUBLE BOTTOM a month later on SEP 29 which lead to the attempt revisit/break of the then ATH before dropping LOWER for the FEB 11 2016 LOW (14 Day RSI was only 34.59 on that) 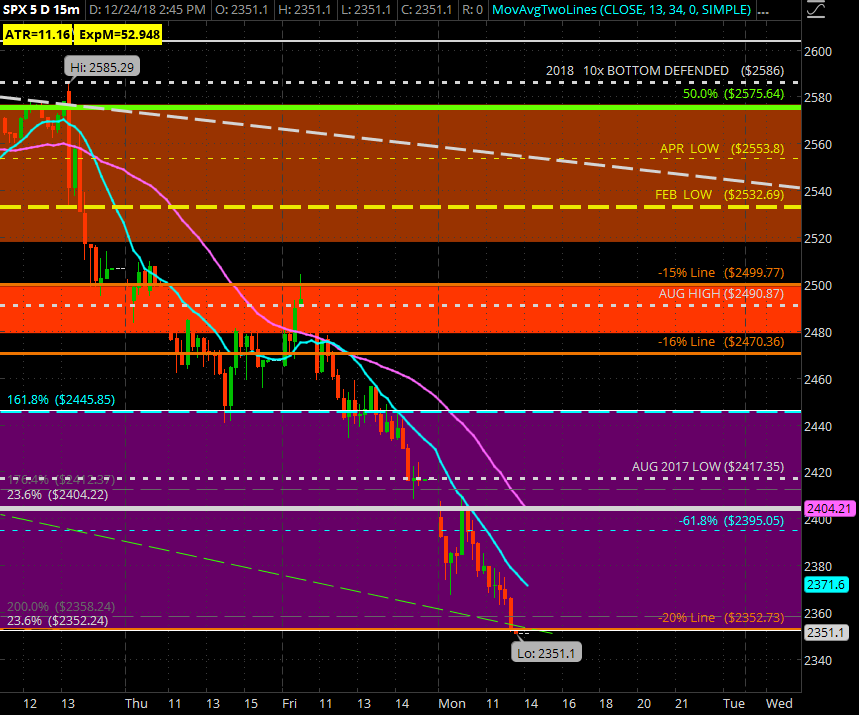 For reference:  the 14 Day RSI @ 20% was never taken out during the DOTcom fade off into the 2002 BEAR MARKET BOTTOM until the SEP 11 tragedy when markets closed for 4 sessions afterwards.

We then broke that indicator line again at the end of JUL 2002 prior to the lower price low for the BEAR MARKET BOTTOM which set up the wide view BUY DIVERGENCE on it.

These are DANGEROUS TIMES and I still stand by the weekend update that LOWER LOWS are still going to come before we set up the positive divergence (maybe we have it now, but it’s forcing it if we do).   In the past +20 years since the DOTcom HIGHS, only 6 times has the 14 Day RSI @ 20% been broken:  the 4 mentioned above of which 2 are in the last 3 months; SEP 11 2001 and just prior to the 2002 BEAR MARKET BOTTOM.

Can it NOT BOUNCE AT ALL?  ABSOLUTELY.

Will This Ever Bounce?   ABSOLUTELY!

When viewing the 20Yr Monthly, you have to ask the unanswerable question: 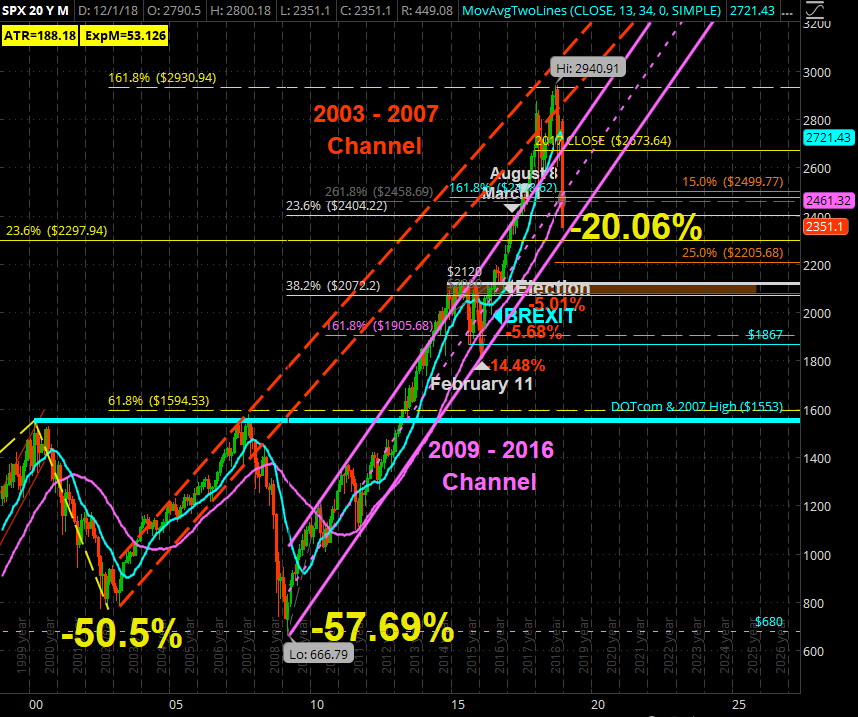 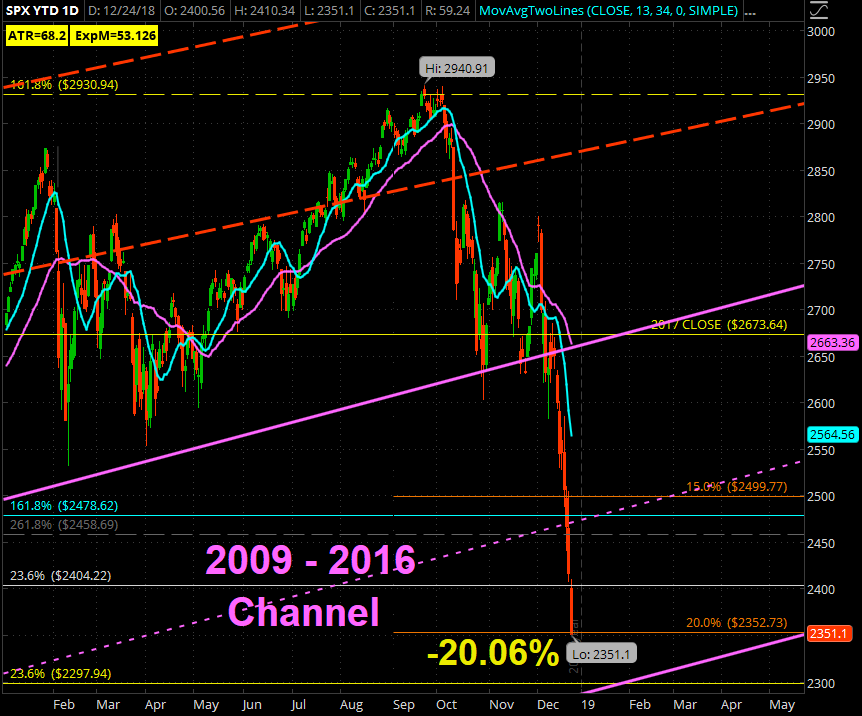