The denial from the #dumbamericadown sales pitch, which used “millions & millions”, “tremendous tremendous”, “bad bad”, finally was admitted publicly yesterday after President Donald Trump told the Wall Street Journal he thinks the currency is getting “too strong.”  Gold spiked to new 1-Month/YTD highs as the U.S. dollar fell to 5-day lows and nears the YTD lows due to disbelief in Trump’s ability to produce on his campaign promises which are being amplified more due to his flip-flop decisions about NATO now.

The VIX is at multi-month highs as France, Syria, Turkey and the country that is so FUBAR could be the headliner of the world this weekend:

As geopolitical tensions about Russia & U.S. in Syria & cyberspace adds another chapter to the 60 year old book and now North Korea gains center-stage attention, with anticipated missile launches expected this weekend to commemorate the “Day of the Sun,” the 105th anniversary of the country’s founding President Kim Il-sung, which falls on April 15 – Saturday.

Foreign journalists in North Korea were told to prepare for a “big and important” event Thursday, yet here we are and the air is still somewhat OK to breathe outdoors. 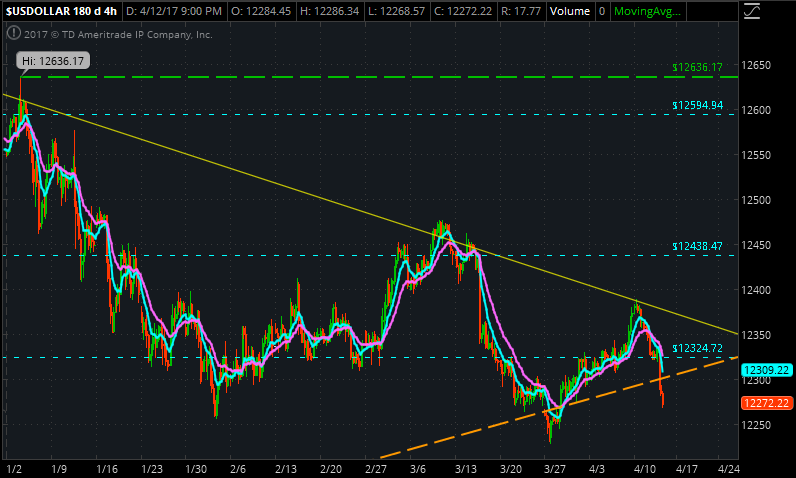 Earnings season kicks off today with JPM, C & WFC reporting before the market open.  The obviously weakened USDollar will have some affect on the bank’s reports due out between 6AM and 8:30AM and the early portion of next week, but it’s a mixed bag of sentiment and chart plots that have entering into the 2nd half of April a Heads or Tails coin flip.

My Take:  We break above SPY 238 into the end of the month/first week of May

Smart money would sit on the sidelines through the weekend and/or begin looking out 1-3 months on SPY 235 – 237 – 239 CALLS which “should only fail” if Kim, Donald & Vlad decide to start playing Battleship this weekend.

Adding some insult to injury, France’s elections in 10 DAYS which could lead to a FRUCKOFF or FREXIT has become more than a unicorn as someone made a major move yesterday, buying 10,000 JUN 16 VGK 49 PUTS @ 0.85 just in one transaction shortly after the market opened yesterday.  It’s well worth mentioning that the poor volume Vanguard Europe ETF also has larger Open Interest on the JUN 47 & 48 PUTS.

You also have the referendum voting this weekend in Turkey (kinda part of the EU but not Euro) which could provide President Recep Tayyip Erdogan sweeping new “superpowers.”  For those unfamiliar with how their passport works, Turkey’s land borders are Georgia, Russia, Iran, Syria, Bulgaria, Greece and Armenia. 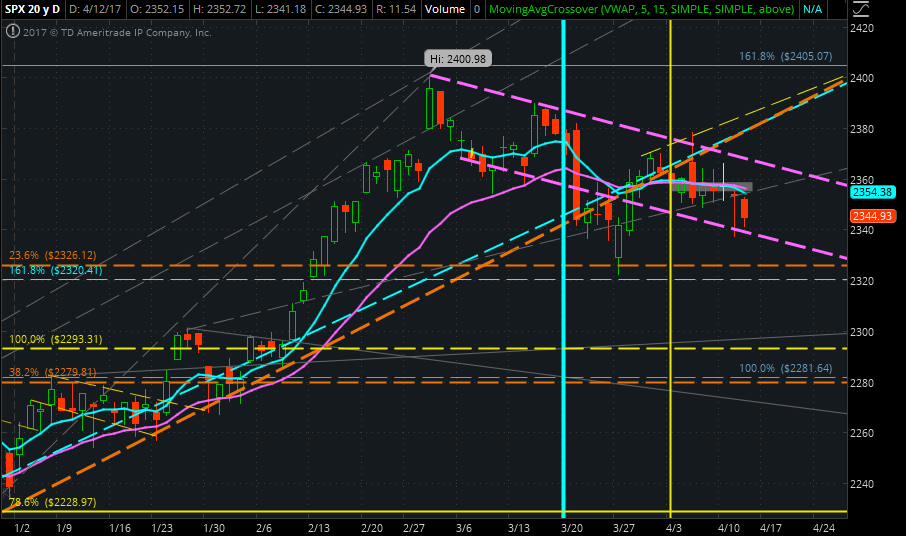 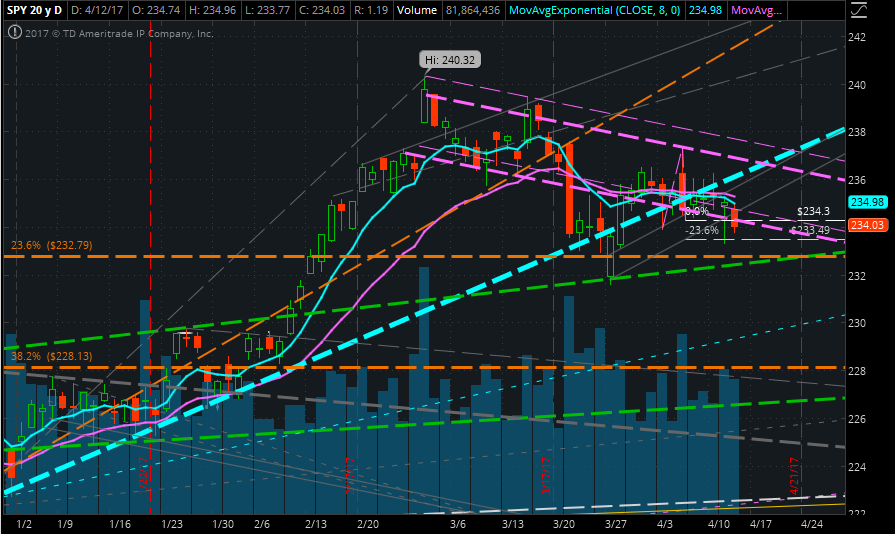 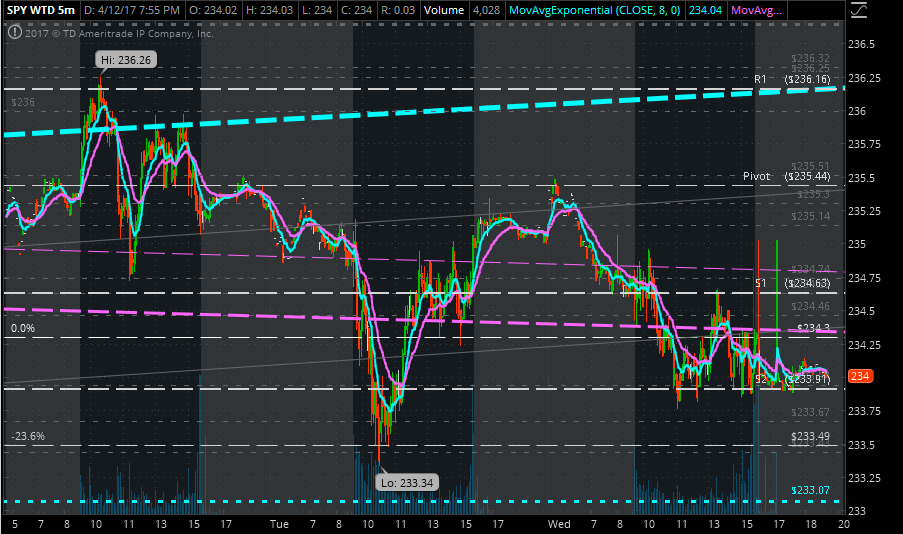 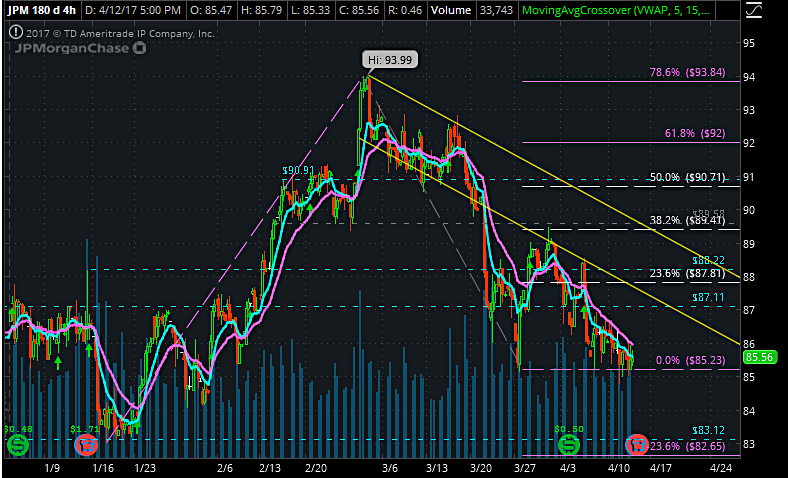 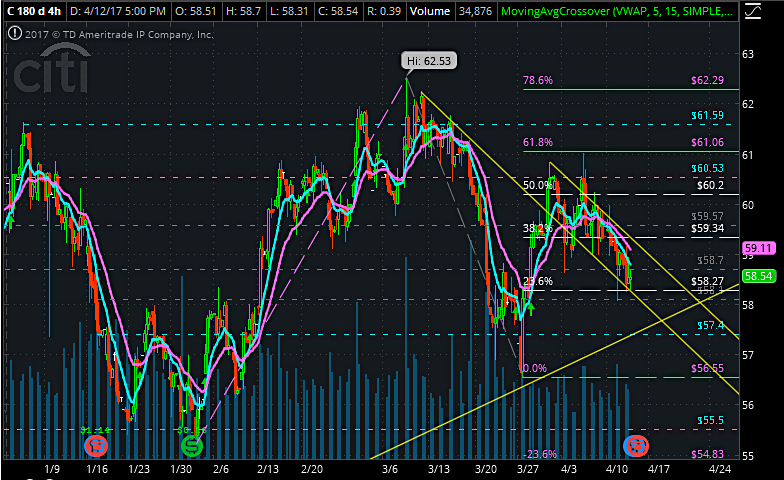 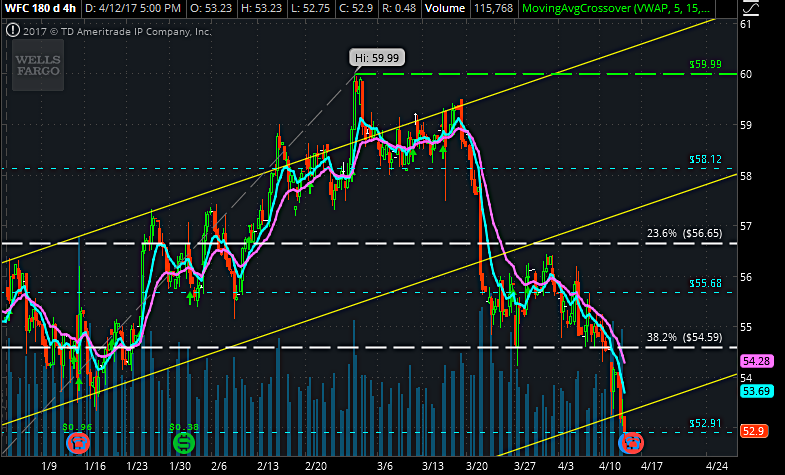