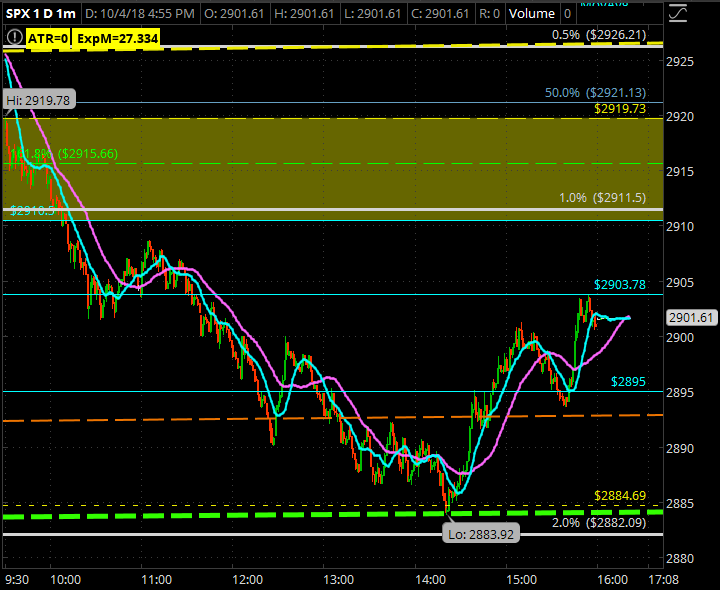 We knew this was coming and we had all the signals with the negative breadth, VIX hitting that 11.36 Wednesday, the weakness we saw from the gap up over that quintessential fib @ 2930.94 Wednesday which also pegged right to out low end target then (2919.73) – essentially in two sessions – managing to wipe off +3 weeks of climbing.

BUT IT’S NOT YET OVER BY A LONG SHOT

All thanks to QQQ breaking its quintessential fib @ 182.76 which had the NDX break the 50d MA for the first time since the AUG 2 SPX crumble to 2802 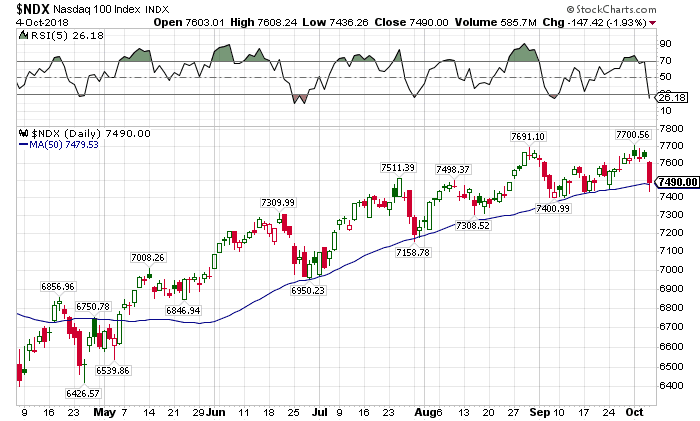 I will need to go into DEEP DETAIL on the weekend email for next week to discuss the intricacies of the 4 indexes and what they are showing, but basically SPX is looking to eventually target 2865 – possibly 2840-2820 for that ~100 minimum discussed earlier this week.

With the standard OPEX AFTER PATTERN, we have yet to breach -2% (2882.09) which will be a LARGE SIGNAL to monitor.   From what $TICK showed yesterday, not only by placing the LOWEST $TICK since the MAY BOTTOM, but also by the amount of -800 TICKS we got all day (and how SPX impulsively bounced right back to what I said in chat:  2903.78) – more downside is coming. 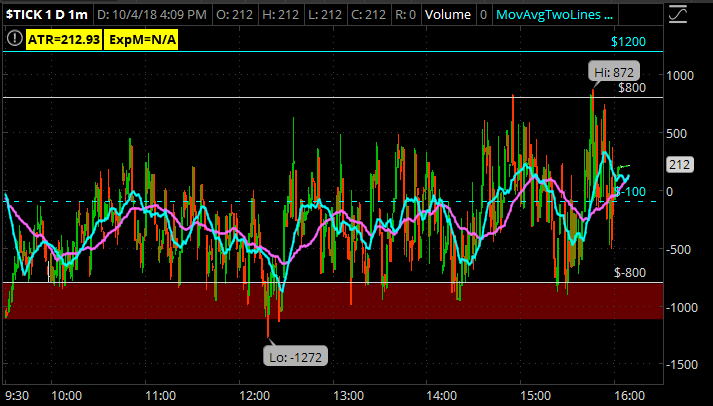 Either SPX topped Primary III of MAJOR V as have NAS, NDX & RUT which might leave for one final wave up once this ~100’ish move down is complete, or MAJOR V is complete (that 2930.94 tells me it is) and the TOP IS IN making this the very first days of the BEAR MARKET. 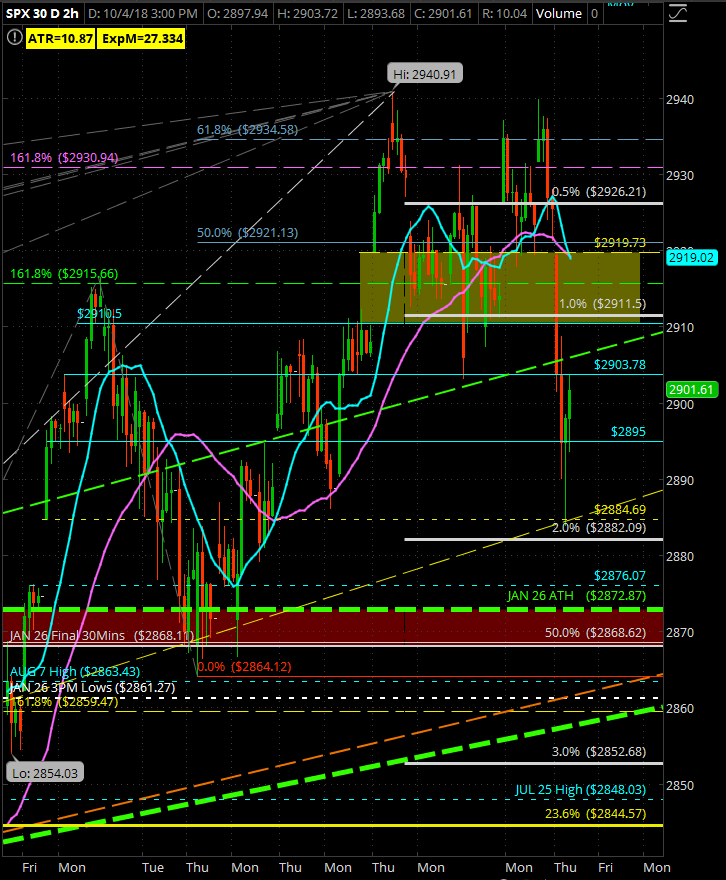 HOW TO TRADE THIS TODAY:

With the VIX jacked, you’re gonna pay to play so prepare for seeing higher prices than you have gotten used to.

This is my (whether its IN or one more wave to go) 3rd MARKET TOP and the most money lost is trying to BTFD when the decline begins and continues to be the same mentality – to knife catch – until finally it becomes revengeful and blows one up.

If it’s to bounce up – LET IT.   The R/R is simply not worth the adrenaline for small accounts – regardless of the “oh man that was a +50bagger and I was gonna do it but missed the bid by 0.10”

The ES bounce overnight (+27.75) off the lows retraces EXACTLY 50.0 from Wednesday’s high.   Since we get the JOBS report out premarket, I won’t discount revisiting that in regular trading hours, but I wouldn’t BTFD like everyone has been brainwashed to do.

We’ll know better 30mins closer to the bell and I’ll post all the spots to look for in the ALERTS channel, but it’s not a horrible idea to sit back and watch this if you aren’t

confident; able to be in front of this and not go pee; have the risk to throw out; and are willing to go out on any high/low after yesterday’s near perfection ( 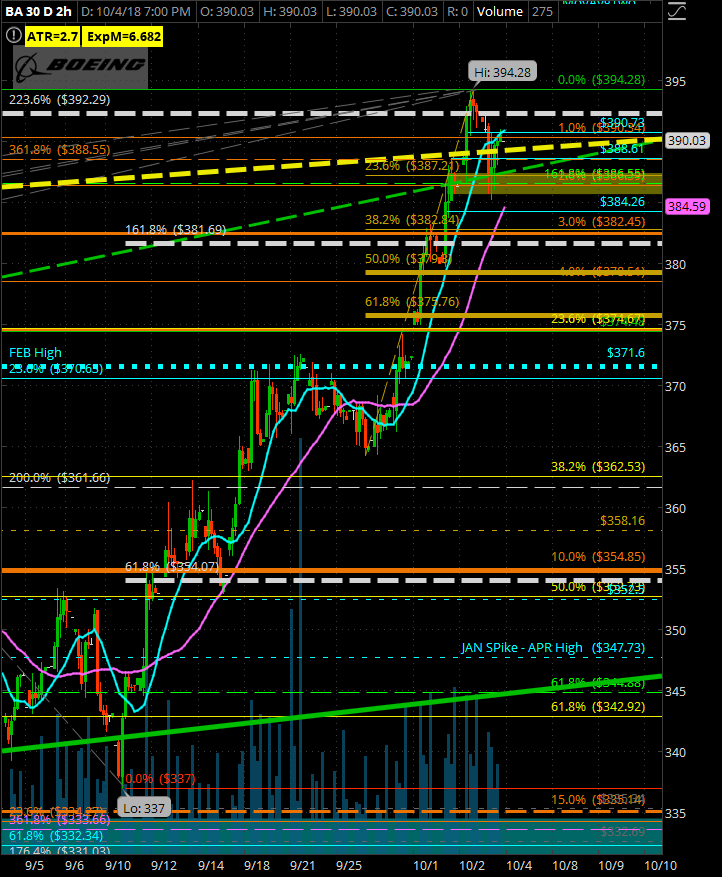