CDNL  0.157 – Big things are being said to be in the works for this and volume is continuing to flow in and push the share price up.  That .005 #OnWatch alert seems a big miss right now for those who sold or didn’t even act on it, but with a temptation to jump in again under .02, imagine what could happen if they not only got current on their filings, but they got their NV SOS current as well.  It’s a coin flip here:  either .05 or .005 is where we’re headed.

GRWC  2.295 – The hits just keep on coming for the Grow Condos weed guys and the boiler room this ticker is running out of is breaking the bank now after the first $1M session got booked yesterday.  From the $1.07 #OnWatch notification to this $2.295, $2.55 HOD, there was some serious money that was there to be made and is still getting swung for those not looking for a .0001 lotto dream.

MRNA  0.25 – The Martin Shkreli koolaid was served up on ice pre market yesterday with news that they and Turing Pharmaceuticals AG announced that the companies have executed a term sheet to acquire Turing’s intranasal ketamine program.  Pending the negotiation of the definitive agreement, they MIGHT acquire the program for approximately 53 million Marina common shares.

The deal comes on the heels of Marina’s terminating negotiations with Microlin Bio for the sale of the Company’s nucleic acid therapeutic assets due to “lack of progress.”  This from a company who reported having net income for the year ended December 31, 2015 of $3.3 million thanks to a change in fair value liability for price adjustable warrants of $7.3 million to mask the $4 million net loss they really recorded.

Why else would they have filed an amendment to the S-1 to ready the resale or other disposition from time to time of up to an aggregate of 22,078,292 shares of the common stock, par value $0.006 per share?  For the news announcement they dropped yesterday and to capture as much of the $1.26 million in volume that passed that’s why.  I’ll wait for .15 Thank You.

IORG  0.59 – Volume is preparing to break $100K and the sub .50 opportunities are beginning to disappear.  This is one which, as mentioned yesterday, is rumoured to be a possible multi-dollar ticker when they get current with their filings. #JustSaying

AWGI  0.002 – With the volume pouring in over the last two sessions and the bounce since the .0015 level when added to the “Bottom Bounce Watch” on April 11, AWGI has entered into the sweetspot.  Penny peeps love to start talking about the possibility of copper (.01) when a ticker goes into the .002 zone with force and AWGI fits the profile nicely.

CRCO  0.001 – From a mention in chat last week when shares of the wannabe movie makers were as low as .0004, CRCO had it’s day yesterday by breaking out of the trip zero zone, closing above it for the first time since March 9.  Prior to February 12, Tarek Kirschen’s company hadn’t been in the area where volume refused to pay for a ticket to play the swings, but it’s becoming clear that if $25K or more can hit it, the moves are significant enough to look for those .0004 – .0005 lotto tickets.

Oil Stocks / Oil Shipping Stocks  – We get oil inventory numbers reported @ 10:30AM each and every Wednesday.  With the flow of things in the sector, have an eye on you favorite ticker in these two sectors for when this news hits for a probable bounce from the news and a swing.

Mosaic Company (MOS), one of the world’s leading producers and marketers of concentrated phosphate and potash crop nutrients, is a single source for phosphates, potash, nitrogen fertilizers and feed ingredients for the global agriculture industry.  Mosaic is due to report their earnings today before market open and is expected to miss estimates with an Earnings Whisper number of $0.13. 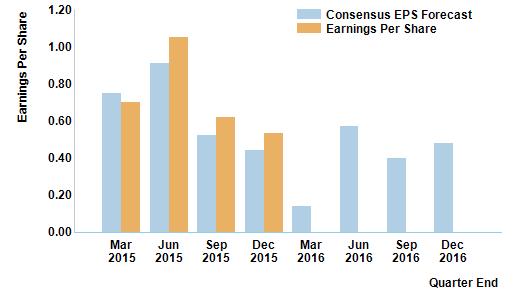 Economic news today is due to have a huge impact on the markets:

Since the February 11 bottom in Oil, we have seen a great bounce play on the oil inventory numbers in all but one of the report reactions which has SPY CALLS #OnWatch for that 10:30 bounce play.

Typically we tend to slide into the oil news so for those who are looking to scalp an opening bell play, SPY PUTS at the open are well worth considering, assuming the charts line up and the negative reactions to the pre market news on Jobs sends us sinking.