As I mentioned in chat, Sunday and last week, I’m being admitted today to the hospital to get the preliminary exams done before my mitral valve surgery to repair a valve in my heart on Wednesday.  I’m hoping to have spotty to good wifi for SLACK chat, but WONT have access to my TOS or charts.

No updates or emails will go out WED & THURS but I WILL TRY MY BEST to get all of today’s data analyzed and charted before heading to the hospital in a couple hours.  In your email Sunday are the coordinates for the BREXIT LINE on SPY/SPX/ES – IT PAID ON SPY & SPX CALLS 4 TIMES Monday.

SPY/SPX was pretty awesome yesterday for trading as I’m sure @ryan will attest to:

Earnings begins Thursday with WFC, JPM & C so, AS ALWAYS – avoid think, hope, feel and let the charts tell you whats up.

As of now, SPY looks almost IDENTICAL to this time in January when earnings were due to begin whereby we were in an uptrend within a bigger downtrend.  The market continues to be range bound much like it was back then prior to the TRUMPtrend resuming.

When watching the SPY OPTIONS order tape yesterday, there was nothing suggesting PUTS were being loaded on any dates/strikes, but rather “specualtion trades” way Out of The Money and mainly PUTS SELLERS coupled with CALLS BUYERS.  It’s still a Mexican Standoff between up or down with that BREXIT LINE being revisited EVERY SINGLE SESSION.

A breakdown below the SPX 2336/2321 support pivots and the downtrend gets confirmed! 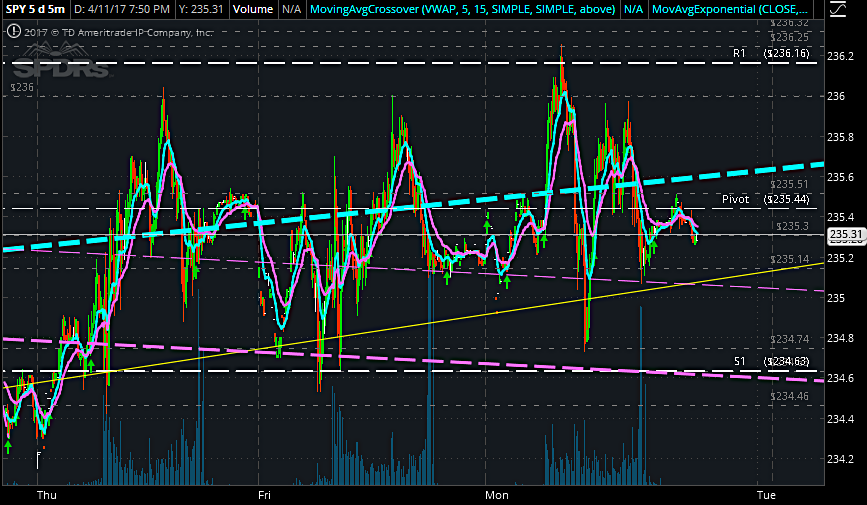 We got new All-Time Highs for TSLA yesterday, a new 52Wk High for BABA yesterday, and a major support line break @ 97.91 for NVDA yesterday, while much of the rest of the tickers covered daily were flattish.

All of the Cheatsheets are updated for Today’s R/P/S points.

The VIX/VXX and SPY/SPX were diverting yesterday which is usually a sign of a move due to come in the short-term.  As you can see from the chart, VIX doesn’t last long up above 14 which “could” be used as an indicator that the market is preparing for a run upward. 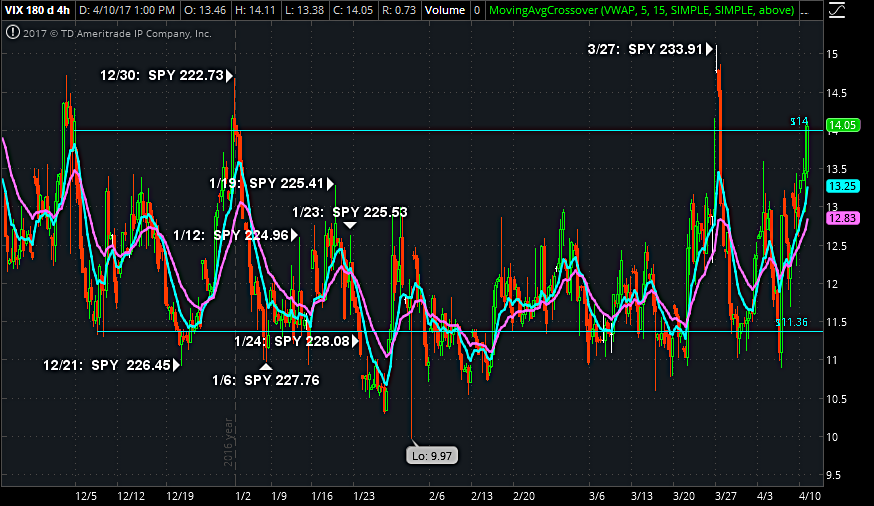