When we went into the week, it was coin toss:

The start of the week visiting the DEC 18 High @ 2694.97 followed by the lead lower with last week’s 2744 unable to be tested, the SHAQ REJECTION @ 2729 on FED DAY, and then yesterday’s worsening of the BULLS RASHES than what they got on Monday has all but sealed the deal for LOWER LOWS still to come. 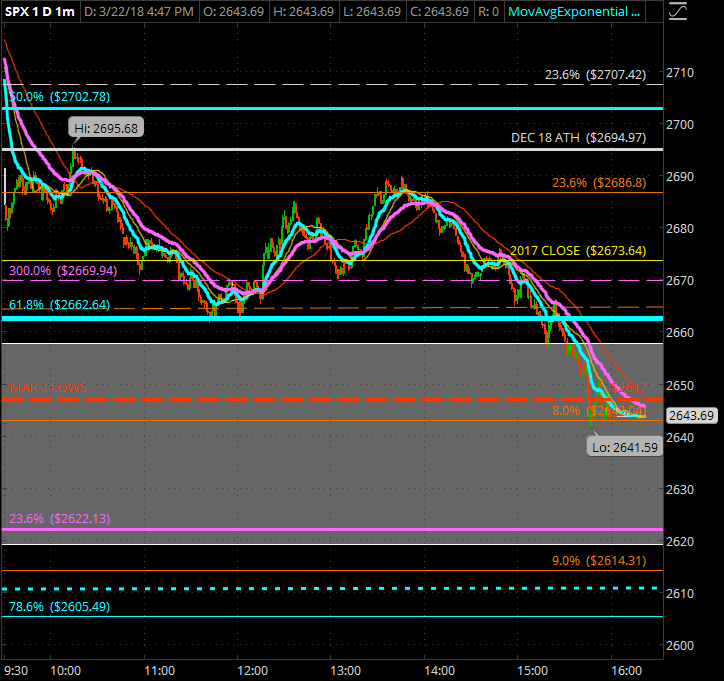 As you can see from yesterday’s chart, we had already gaped down below the 2700 level to start and then rejected PRECISELY on that DEC 18 ATH Line @ 2694.97 which we usedMonday for a PRECISE support hit for the low into the FED RATE DECISION Wednesday.

It’s actually funny how we closed RIGHT ON the -8% from ATH line yesterday.

Having broken back under the 2017 Close @ 2673.64, the BULLS HAVE BEEN CASTRATED and see that LOWER LOWS are in view. 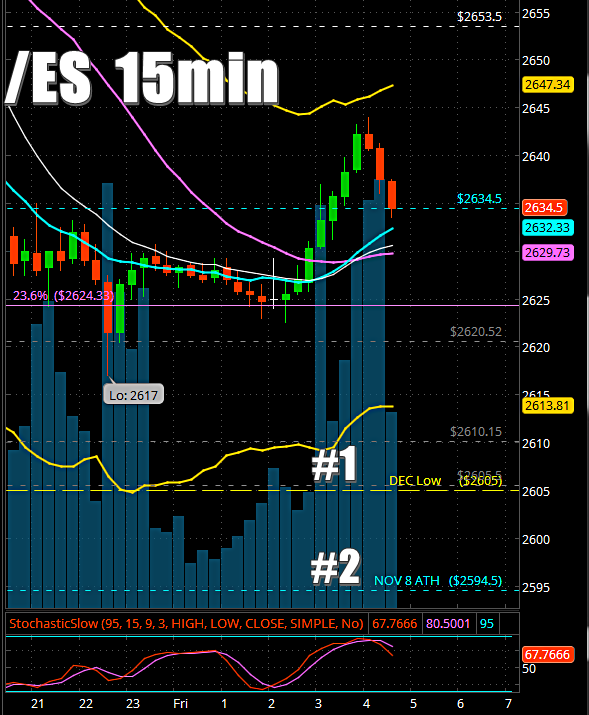 Heading into MAR 27 (+/- 3Days), those two targets down there seem almost too magnetic for us not to visit them:

That 2622 – 2605 range would allow for the ES to capture those DEC LOWS and tease (maybe overnight) the NOV 8 ATH for a last ditch effort LONG BULLS SWEEP OUT.

Well well well underneath this view is the SPX 200d MA @ 2584.44 which worked as support back in early FEB when the market peeled off. 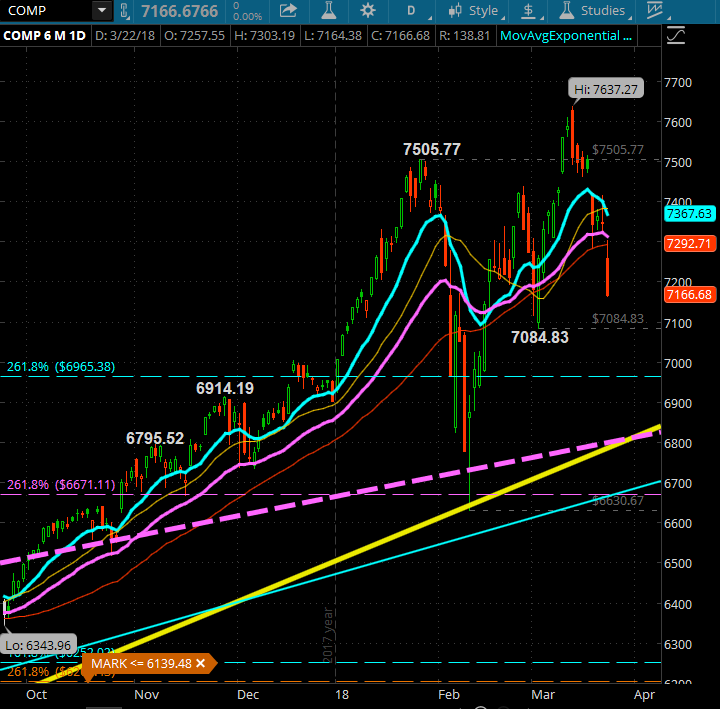 As we laid out on Tuesday:  “The WORST CASE SCENARIO (which is NOT the same as “with all certainty”) is making the NQ/QQQ/$COMPQ all look as if an irregular b-wave top high was made last week and is now gunning for the 38.2% extension at $6415 which is very close to the 38.2% retrace of major-3 at 6379.”

For this to happen… we need to do 3 things:

The lows the NQ visited overnight when the CHINA RETALIATION TARIFFS were being announced just missed taking out 6588 which equates to QQQ 160.16.

With some “ideal BUY SIGNALS” looking as if they are 1-3 days away from showing on the OVERSOLD DAILY charts, trying to SHORT-TERM time catching the falling knife is still ill advised.

There is a real possibility for lower than the 2620 – 2605 range with 2580, the CORRECTION LOW, and even 2520 chartable.  I am fully aware these targets are lower than what I projected based on the 1-min chart as they come only from the daily symmetry that’s in play.

A break below SPX2610 will bring these targets in sight, with the note that the aforementioned 200d MA is a likely algo trigger to save it all again (now at 2584).

Anything below 2605 will have its work cut out for it as there will be a strong cluster to try and break through to get past the 200d MA.

All in all, it’s aligning as I was mentioning for a few months that the Anniversary of last year MAR “mini correction” which ended MAR 27 seems the likeliest of target dates.  With it being a celestial set up date and how we’re 1-3 days from getting some “ideal buy signals” – it looks like we might just NAIL THE BOTTOM once again.

In consideration of that possibility, take all the leprechaun riding a unicorn with a rainbow in the backdrop out of the fantasy that SPX is due to bounce back up as it did off the FEB 9lows for +256 points in under 3 weeks.

Track back to MAR – JUL 2017 and get a better perspective on how this base and climb should look like.  If it is faster – GREAT, but look at all the resistance levels you’ve gotten to learn about in just the past 2 weeks: