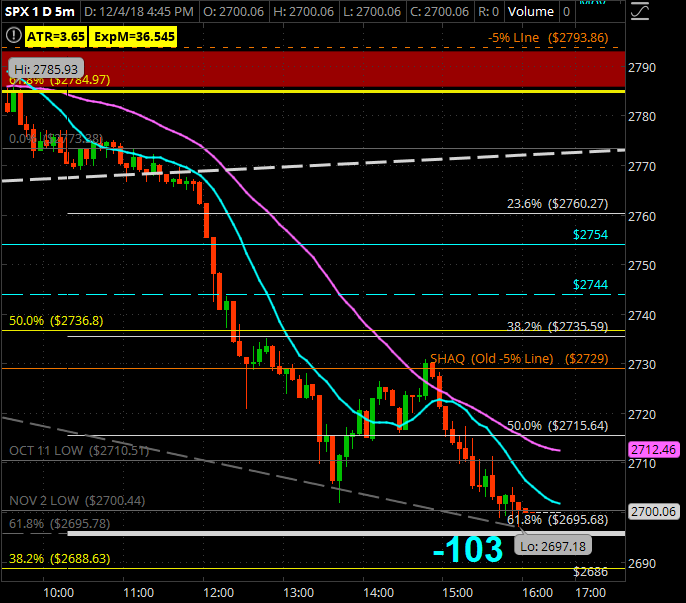 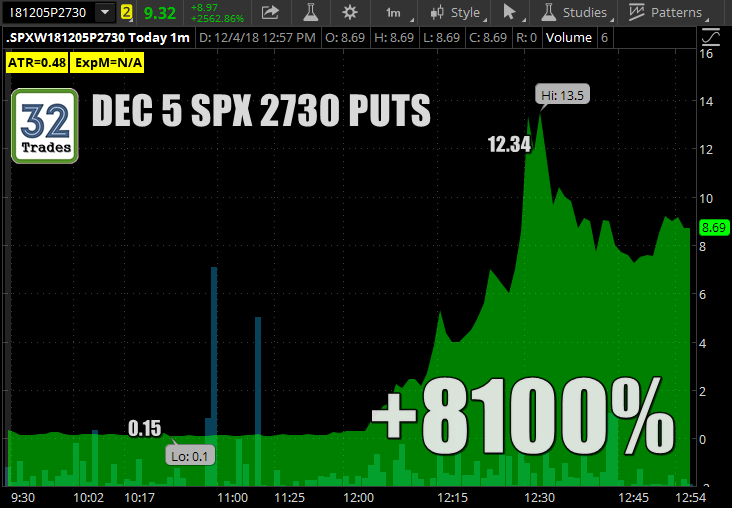 SO, the 5th drop > than -3% this year and the 4th biggest one session point drop from CLOSE-to-CLOSE since the Trump Election Win (all 5 happened this year), was yesterday, DEC 4, a stall before a LOWER LOW? 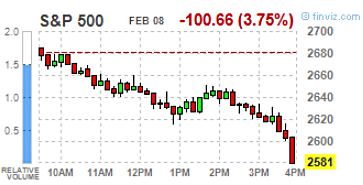 The 2nd largest point drop and day prior to the BIG FEB 9 CORRECTION LOW; SPX had rejected at that area near 2729 which is when we first deemed that -5% from ATH line SHAQ for Shaquille O’Neal and closed -46.01 from it.

Already STRONGLY SHORT off our 2930.61 trigger on SPX from that start of the month, the anniversary of the 2002 BEAR MARKET LOW was met with open arms by BEARS as the SPX dropped from the 2900s 5 days prior to the Wednesday LOW @ 2784.86.

DEC 4 and What Does it Mean?

We opened MONDAY on the BIG GAP UP with a HOD within minutes and sell down.   We did the same thing Tuesday and there’s a complete SNAFU backtesting going on by every outlet to point to the reason why the sell down happened.

We didn’t have to backtest when you look back at how prepared the #10 set up (see Sunday email above) as we simply needed a top to be able to project/forecast the retracement spots.

The VIX did exactly what we wanted it to do which was alert us that 16.22 was when to GET SHORT the market and that when 22.63 shows, start loosening up (if you haven’t already) on your near-term SHORTS.

With CHINA now beginning to break their silence while be respectful about the memorial service for POTUS 41:  George W. Bush, I can see a LOWER LOW possible into Friday’s JOBS Report off of China denying some of Trump’s comments of their commitments.

If not a FLUSH from China’s silence or the JOBS report Friday with wage growth the main focus, the path forward for a BOUNCE to 2744-2746 before this completing somewhere around 2670(+/- 10) before the intermediate-c of MAJOR-B begins should be clear heading into Monday.

REMEMBER:  That NOV 23-28 week putting in that 2631 LOW was very odd so this BY NO MEANS has to bounce upward (although it would trap the most by heading upward into DEC 21 week).

We’ll see how the FUTURES trade tonight and Thursday mornings before another update, but I’d be really really really cautious about thinking you found the bottom and getting LONG.   I’m focusing on “hoping” this does bounce as planned for 2744-2746 to begin looking to get a fast SHORT ride for the completion of this intermediate-b wave.

NDX/QQQ/NQ all returned to their -12% lines yesterday and HAVE DEATH CROSSED now with the SPX pending to do so in the coming sessions, but with the DOW still weeks from it without some major negative catalyst which would need to be a GLOBAL one. 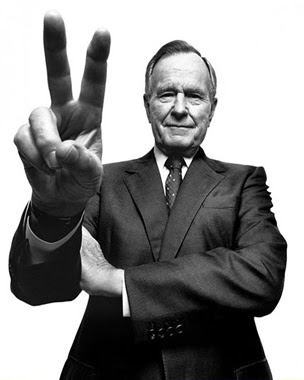