With the MEGAPHONE (that was impossible and BASHED all through OCT, NOV, DEC, JAN, FEB) and the 5th consecutive 🔻 Weekly candle, is it “this is the end of the world” or the simplicity of the “reboot” you see once every decade or so… 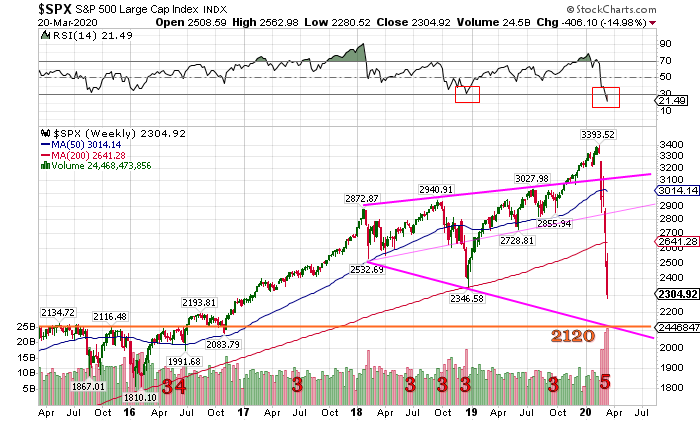 Considering there’s “less human activity” these days compared to the last “reboot”, albeit then can be argued the algos were less sophisticated and the REASON was greedily clear, SPX gained +105% from the 2002 BOTTOM to the 2007 High/DOUBLE TOP compared to the +44.62% gained from DEC 2018 to FEB 2019.

In terms of speed, distance and consistency, 2007-2009 sheds some light 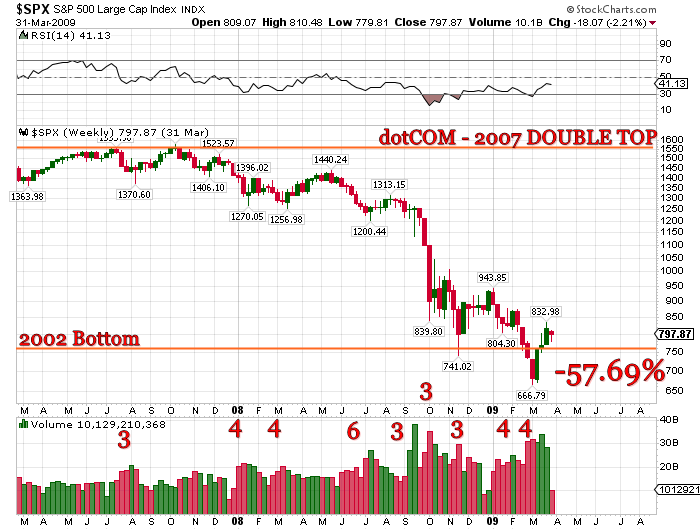 That’s the how far back I had to go to find anything greater than 5.

In 2019-2020, after that JUN dip saved and then the REPO kicked through the upper resistance of the MEGAPHONE, those who smelled the 🐟 were bashed and those who were ready for the 🐟 NEVER PLANNED on seeing a drop of this size during this time frame (1-month) and the BEARISH OCT 2008 break last week held with “some” optimism

So what does this all LOOK LIKE in NON PANIC REALITY:

seeing the 10 year channel having wicked through support…

seeing the wider view channel having just broken back inside of….

Why is CHINA UNAFFECTED?

“Kung Flu” as POTUS has newly termed it began in CHINA and I can share as I have WHY it surfaced and WHY it has caused the wreckage on the U.S. markets (which has affects on its allies’ markets), yet the CSI 300 is down less then -14% from the YTD High and closed ~at the VIRUS AFFECT LOW.

CHINA since it began trading as the ETF FXI in 2004

Many came across the DEAN KOONTZ book because of this VIRUS and there’s a ton of conspiracies and tin foil hat opinions, but don’t forget… I live here, just a couple “blocks” away from Shanghai/Beijing and its my job to be on top of not what the 1min chart is going to d, but instead the Monthly, the Yearly and China has played their cards with this “weapon” pretty perfectly

“Only by using non-destructive weapons that can kill many people will we be able to reserve America for ourselves.” “Of course,” he added, “we have not been idle. In the past years, we have seized the opportunity to master weapons of this kind.” The ruling Chinese Communist Party considers biological weapons to be the most important weapons for accomplishing their goal of “cleaning up America.”

So has this -32.8% in 1-month destroyed SOCIAL AMERICA or the AMERICAN MARKETS?

DJIA #BUSTED (but not yet broken)

From the VIEW of ONLY the above, you’d PANIC,  but when you go looking at the GLOBAL INDEXES and see the Cycle 4 or Super Cycle 4 waves, you’d start breathing easier and start telling yourself in the mirror: “the bottom is so close if it isn’t in that this bounce is going to be a good one.”

While you’ve been brainwashed to expect V-Shape bounces, you better take yourself back to 2002 or even 1987 and learn how to cook your gains over some low heated charcoal rather than the microwave trades have consistently been put in for the last +3years 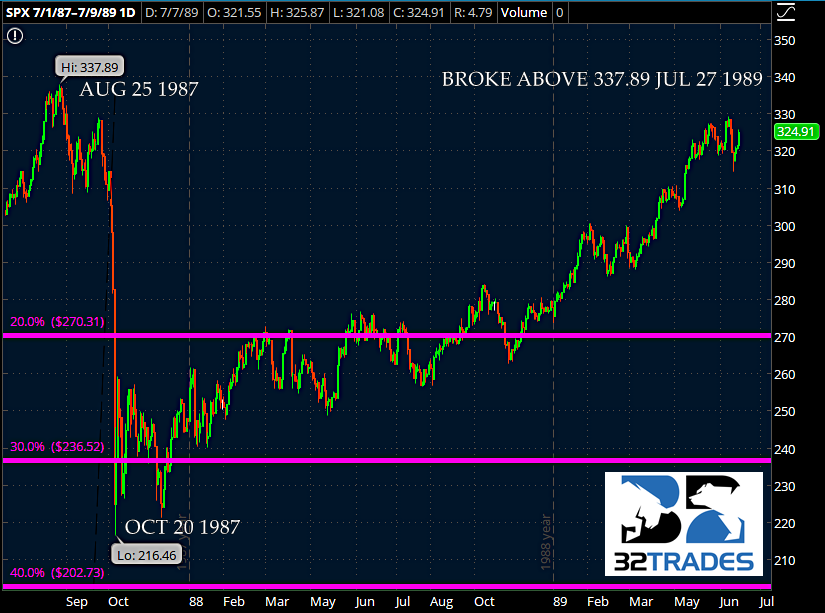 Sure THIS TIME IS DIFFERENT, but its also NOT because MATH has no emotions;  MATH doesn’t care if people die of vaping, salmonella, skydiving or a “new” virus that attacks older people who have weak immune systems.   Will it DESTROY social America or the American markets?  That’s simple.

I can count 3 times when CHINA STOPPED BUYING U.S. Treasuries in the last 5 years and the markets DROPPED SIGNIFICANTLY afterwards.

I can count 1 time when the U.S. market was on the edge of the global cliff into hell and CHINA came in and invested +3x more then the U.S. government did (all of which everyone knows went to the likes of Jamie Dimon, Steve Mnuchin, etc.) and BAILED OUT the markets.

I’m zoomed out, living across the street from CHINA, and the simplicity of the chaos and how it was perfectly timed for the “BLAME” for the dip which was due (and incomplete from DEC 2018).   The “Ctrl+Alt+Del” REBOOT is just like in 2002 when too much garbage was getting too much attention and the time to consolidate what they had that was worth something and umbrella it under a company that could do something with it was overdue.

Clues to this occurring started when they added SPY/SPX Monday & Wednesday expirations and then dropped commissions for trading and then ROBINHOOD and then “$15 minimum wage” and then ALL BROKERAGES CUT COMMISSIONS.

“My circle” is over 55yrs old and there isn’t one freaking out member in it, but rather a “questioning” of history:

The CHINESE are not stupid in terms of IF this is the POWER PLAY that they would destroy the working ATM machine which is the U.S. Markets (which they already own > 30% of anyway), but it will REBOOT the U.S. workforce as A.I. was already being introduced into the “service oriented” economy.

There was an overabundance of cash flowing back into the markets last week.   “Made in China”